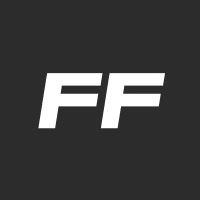 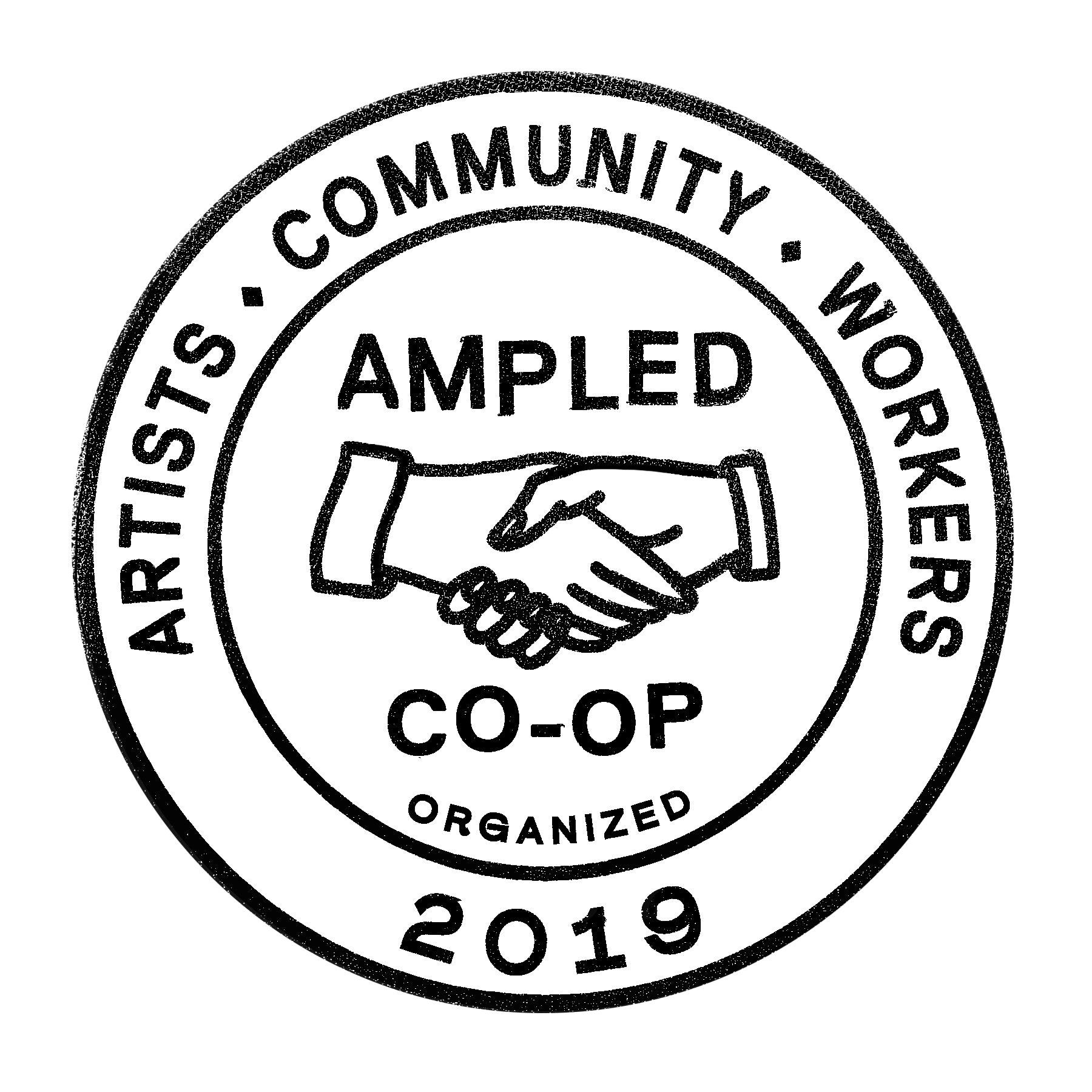 🎯 Update: WOW. Target reached! We are overwhelmed by the support for this experiment in funding high quality public content. Thank you to all who have contributed by collecting the NFT. This essay is now permanently available to the public.

This is a guest post featuring Austin Robey, co-founder at Ampled in an FF exclusive.

"The Ownership Economy" is an idea coined by Variant Fund investor Jesse Walden to describe emergent ways that crypto networks can be built, owned, and controlled by their users. It’s an outline for exciting new economic models that give networks the ability to create a more cooperative and equitable online economy. It’s also a counter-movement to extractive, proprietary, investor-owned platforms whose ownership structures create competing interests between their investors and their communities.

The ownership economy doesn’t always mean a literal distribution of tokens, stock options, or equity. It also doesn’t necessarily mean that an application or service is entirely built on a blockchain. Rather, it means that ownership — which may manifest in the form of novel economic rewards, platform governance, or new forms of social capital — can be a new keystone of user experiences, with plenty of design space to explore.

As a counter-framework against web 2.0 pitfalls, "The Ownership Economy" outlines how users can gain real power in emergent decentralized networks. Although "The Ownership Economy" represents a trend towards the creation of a more equitable online economy, words are important – and there is a risk that the word “ownership” may be misleading.

To start, there doesn’t seem to be a consensus about what "ownership" is.

Community ownership is a virtuous aspiration among web3 organizations. However, without an agreed upon definition or collective understanding of what ownership actually is, we may inadvertently dilute or abstract its meaning.

In the late aughts, there was a sense of optimism in tech, and a sentiment that tech-enabled web 2.0 platforms were "democratizing" things for everyday people. However, this idea of democratization never showed up where it mattered: in the boardroom and in corporate governance. Platforms were, by default, oligarchies controlled by founders or investors. Instead, what "democracy" really meant for common users was "access". We got access to things like image sharing, tweets, crowdfunding, information, and more. As users, we never got a seat at the table, or a say in how these platforms were run. At the same time, value from our user-generated data, art, content, and labor was extracted to enrich founders and investors.

Whereas "democracy" was redefined to mean "access", "ownership" risks being abstracted away to mean little more than "exposure to upside". Yes, having the ability for users to capture more value is good, but does it qualify as "ownership"?

Why ownership is important

Concentrated ownership is one the primary drivers of wealth inequality today. In tech, the ownership gap between platform owners and platform users continues to grow – and has real consequences.

If Apple were structured as a worker-owned cooperative, the ownership stake of each of its 150,000 workers would be worth over $15m. On top of that, each employee would receive an annual dividend of over $400k. Ownership creates wealth, and its concentration helps create wealth inequality.

While musicians faced an existential crisis during a pandemic, Spotify CEO Daniel Ek’s ownership stake in Spotify climbed to be worth over $4 billion. In order to earn $4 billion, a musician earning the median wage of $25,000 would have to work for 160,000 years – in other words, they’d have to have started working before human history began.

Yancey Strickler, Co-founder of Kickstarter, writes about concentrated ownership in his essay, "The Ownership Crisis".

Despite many people contributing to the tools and services that now dominate our lives, most people have no stake in them. To cite just one example, the four million people who drive for Uber probably own less of the company combined than a single dentist in New Jersey with Vanguard in their portfolio.

Shared ownership models will become a critical cornerstone for building a fairer and equitable online economy. In tech, we should not only work to create greater access to ownership, but also reinforce a definition of ownership that is ambitious and capable of delivering meaningful systems change.

Ownership can be understood as a proxy for two things: decision making power and financial power. This suite of benefits includes the ability to have a voice in the direction, strategy, operations, or fate of a company; as well as the ability to capture profits and the value of its equity and assets.

Both financial power and decision making power are elements of ownership that can be broken down into sets of distinct rights and responsibilities, often on a spectrum.

Looking at the current web 3.0 landscape through this lens, we can examine the ways that organizations within "The Ownership Economy" can improve.

One of the most overlooked elements of ownership in the web 3.0 space is financial transparency, particularly regarding investments and agreements. As an example, investment announcements (like this) may share that an investment was made, but won’t openly share what investors actually purchased. If the goal of a crypto network is to become "community owned", it would seem logical to disclose investment deal structures and details to their community.

Consider a real-world example: Imagine you are a part owner of a bakery. Next, imagine there is another owner who has entered into financial agreements with third parties, but you are not allowed to access the terms. Would this arrangement seem like true ownership?

If a crypto network is raising money from investors, demonstrating a reasonable level of transparency is an easy thing to do. All it would take is a blog post. For example, an announcement could say something like:

"We raised x amount of money to do x. The deal was structured like this because our goal of community ownership is ____. Here's what it means for the larger ecosystem."

If the goal of "progressive decentralization" is to transition to community ownership, it would seem incongruent for early stage investments terms to be hidden from the community. In addition, opaque investment terms imply the community wasn’t given a chance to participate in the investment process.

Often in the web 3.0 space, there is an analogous comparison given to digital cooperatives. While many DAOs do disclose compensation for full time workers, existing cooperatives are much better than crypto networks at sharing these details. As an example, look at this publicly available Executive Compensation Report by REI Co-op. Disclosures of compensation within crypto networks should become a core standard in order to demonstrate real community ownership.

In corporate governance, "codetermination" refers to workers or other stakeholders having representatives on the board of directors. It’s a step towards collective governance that any company can take to create a more democratic workplace.

For networks that aim to be community owned, there should be some form of codetermination at the outset, allowing community proxies or representatives to be involved in treasury-related decisions -- particularly around token allocation.

By default, platforms today are owned by founders and investors, not communities. If the goal for networks is to be community owned, then there is a tacit implication (even by VCs investing in the "ownership economy") that community ownership is preferable to investor ownership.

To create stronger community ownership, web 3.0 networks should move away from resourcing startup capital from centralized, opaque, and hierarchical VCs (often with undisclosed LPs), and ideally receive funding directly from stakeholders. Instead, as an alternative to venture capitalists, "The Ownership Economy" would be better served by transparent investments through worker self-directed investment DAOs, controlled directly by organized laborers. These worker self-directed DAOs could have more flexible, social or community-driven investment theses that aren’t bound by a fiduciary responsibility to seek outsized financial returns for LPs.

In order to preserve its meaning, I believe we need an agreed upon set of criteria to evaluate "community ownership". Currently, any platform can claim to be "owned" by its users, and there is no real shared standard for gauging how true this is.

"The Ownership Economy" is an important idea. It outlines a promising movement to bring more power to users and help communities capture more of the value they generate. It’s an important enough idea that it deserves greater scrutiny and higher standards that will allow organizations to live up to the promise of its thesis: the development of new economic models for networks that are built, owned, and operated by their users.